Once again we have reached the end of another week, which means it’s time for our Flashback Friday feature. This week we take a small jump back to the summer of 2017 and David’s attendance of Medieval Fantasy Convention in Germany with Bitsie. Here’s video footage of one of the guest panels that they took part in. 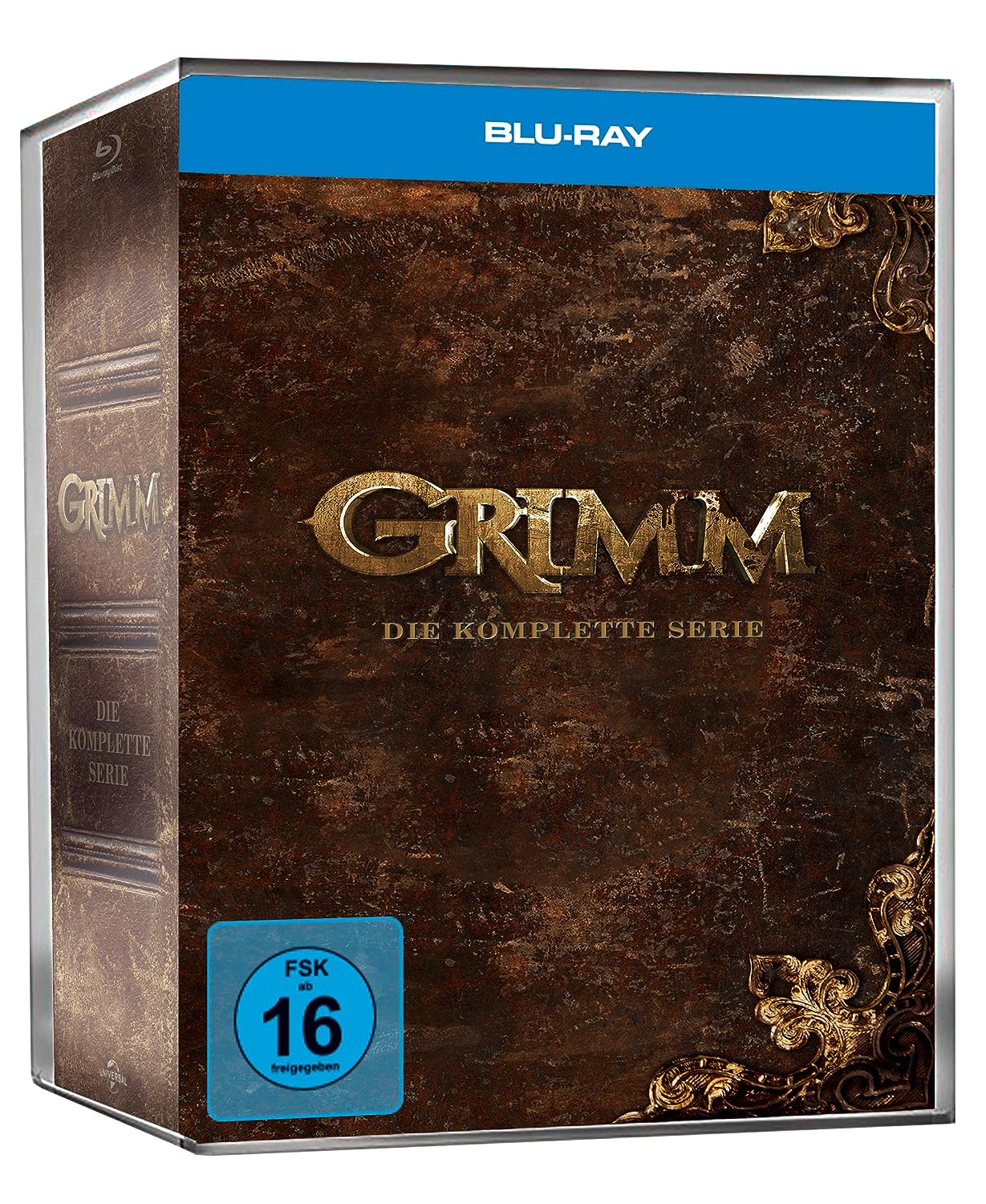 Great news, German Grimmsters! You will soon be able to get your hands on all six seasons of Grimm. Grimm: The Complete Series box set will be available on Blu-ray on 15th February 2018.

However, you can pre-order your box set now over on Amazon. Go on, treat yourself!

It’s the end of another week, which means it’s time for our Flashback Friday feature! This week we take a short jump back to earlier this year and David’s appearance at Medieval Fantasy Convention in Germany. Check out this brief interview with him and Bitsie. Enjoy.

We’d like to thank Patrizia, admin of davidgiuntoli_italy, for allowing us to share her Medieval Fantasy Convention report on the site. Check out what she had to say about meeting David at the link below.

If you have a Con report or pictures that you’d like to share with us then please feel free to e-mail us at: teamgiuntoli@hotmail.co.uk

As you know, David will be appearing at Medieval Fantasy Convention in Germany next weekend with Bitsie Tulloch. We are in need of convention reporters, who will be attending this convention, to write articles for us with pictures. If you are interested, please e-mail us at: teamgiuntoli@hotmail.co.uk

If you haven’t bought your tickets yet, the details of the con are below:

Great news, German fans! David will be attending Medieval Fantasy Convention this summer with Bitsie Tulloch. The convention will take place between 26th and 27th August at Schloss Burg in Solingen, Germany.

Admission prices are as follows:

These prices are for entrance only, autograph and photo sessions will have separate costs. Don’t miss out on your chance to meet David, grab your tickets now!

Heads up, German fans! David’s appearance at this year’s Spring Con at Phantasialand in Brühl, Germany has been postponed until a later date. The organisers are still working on some new dates and are hoping to still have David and Bitsie attend, depending on their schedules. We know that a lot of you will be disappointed to hear this news but as soon as we hear of any new dates we will let you all know. You can also keep up to date yourself by visiting their Facebook page.

Great news, German fans! David will be attending Spring Con next year. The convention will take place between 1st and 2nd April 2017 at Phantasialand in Brühl, Germany. Admission prices are as follows:

These prices are for entrance only, autograph and photo sessions will have separate costs. Don’t miss out on your chance to meet David, grab your tickets now!

*Big thanks to Sue at Grimm International for the heads up.

You Don’t Know Jack: A string of homicides have the press asking Captain Renard if a Jack the Ripper copycat has arrived in Portland. While dealing with the investigation, Nick, Hank, Monroe and Wu deal with a situation they never expected. Meanwhile, Adalind and Rosalee must work together on a last ditch attempt to fix Juliette’s condition. Elsewhere, Juliette decides to help her new ally even if it means hurting those around her.

Headache: While investigating a grisly murder, Nick and Hank get closer to uncovering the identity of the serial killer while Wu’s life is put in grave danger. Having turned down Monroe and Rosalee’s offer, Juliette solidifies a new alliance as she works to get her revenge. Elsewhere, Trubel makes a surprising return to Portland.

Cry Havoc: On the heels of a shocking discovery, Nick is hell bent on getting revenge and taking the fight to the Royals with help from Trubel. Meanwhile, Juliette’s alliance continues to lead her down a dark path.

Don’t forget to head on over to our forum afterwards to chat about tonight’s episodes.

Hibernaculum: Nick and Hank are called to investigate a rare Wesen that leaves its victims frozen solid. Meanwhile, Juliette starts to feel that she is losing her humanity as she seeks to get revenge on Adalind. Elsewhere, Captain Renard continues to suffer from mysterious bleeding and visions while Monroe works toward coming to grips with the Wesenrein incident.

Mishipeshu: A homicide leads Nick and Hank onto the dark and mysterious path of a local Native American power quest. Meanwhile, Juliette’s erratic behavior lands her on the wrong side of the law. At the spice shop, Rosalee and Monroe are on a mission and call on Captain Renard for help.

Iron Hans: Nick and Hank are brought in to investigate a homicide they learn is connected to an age-old Wesen rite of passage. Meanwhile, Juliette makes a surprising new ally. Elsewhere, Captain Renard continues to battle a darkness within, and Nick finds hope for Juliette in the last person he expected – Adalind.

Don’t forget to head on over to our forum afterwards to chat about tonight’s episodes.